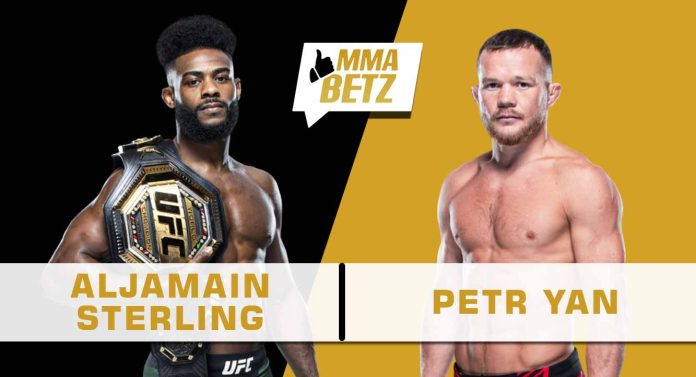 Yan was cruising to victory in their first fight in March last year at UFC 259, before he made a huge blunder by landing an illegal knee on Sterling, who was declared the winner by disqualification. The pair was scheduled to rematch at UFC 267, but Sterling withdrew from the fight due to lingering neck issues from surgery. The UFC then booked the Russian against Cody Sandhagen for the interim title, which ‘No Mercy’ won by unanimous decision.

Sterling is an exceptional talent, but he’s not on Yan’s level, which was evident in their first fight where the Russian dominated the fight from the second round onwards. The American won the first round, thanks to his hyper-aggressive start, but that also backfired as he blew out his gas tank trying to dispatch his arch-rival quickly. Not only did Yan have the better of the striking exchanges, but he also had more success in grappling, Sterling’s known strength. Yan took him down seven times, while Sterling only managed to secure one takedown out of his 17 attempts.

Having stayed on the sidelines for more than a year, Sterling said that he has made improvements to his game and vows to surprise his critics come fight night. Regardless of what he might claim, Sterling needs to be very strategic in his approach. To beat a perfect fighter like Yan, who gets stronger as the fight progresses, ‘Funk Master’ has to use his gas tank wisely and mix things up. Sterling is a decent striker and has great kicks, but Yan’s striking, particularly his volume and unpredictability, will be tough to cope with.

That means Sterling will look to grapple, which is his bread and butter, but taking Yan down is easier said than done. Statistically, Yan has the edge offensively. He lands close to six significant strikes per minute on average, whereas Sterling lands close to five. Sterling is better defensively as he absorbs a little over two significant strikes per minute, whereas Yan absorbs four. Sterling is the better grappler on paper, but Yan has a statistical edge in that department as well. Both fighters land close to two takedowns per 15 minutes, but Yan has better takedown accuracy and defence. Sterling attempts more submissions, however.

All in all, Yan has the edge in almost every department and will earn a stoppage win at UFC 273.

Who do you think will win the bantamweight title rematch between Aljamain Sterling and Petr Yan at UFC 273?