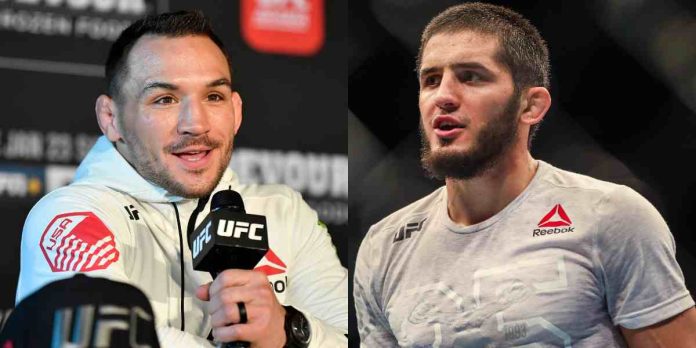 Makhachev is coming off a first round submission victory against Bobby Green at UFC Vegas 49 and has finished all of his last four opponents, most notably Dan Hooker at UFC 267. He was scheduled to fight Beneil Dariush at UFC Vegas 49, but the latter had to withdraw due to injury, making way for ‘King’ to step in on short notice.

Although Dana White promised him a title shot after his most recent victory, the UFC president took a U-turn after the Dagestani turned down a short-notice fight against Rafael dos Anjos at UFC 272. The 52-year-old said that the promotion will rebook Makhachev vs Dariush, which will be for the number one contender’s spot.

Speaking to The Schmo (as transcribed by BJPenn.com), Chandler, who fought Charles Oliveira for the vacant belt at UFC 262 after a successful UFC debut against Hooker at UFC 257, said that Makhachev hasn’t done enough to earn a title shot.

“It’s a tough one man,” Chandler said. “People talk about win streaks, obviously the man is on a winning streak. He’s looking extremely dominant. We have a common opponent, he beat Dan Hooker in the first round just like I did. So that was the first time that he really stepped into the lightweight division inside the top 10 and staked his claim as one of the guys who will be competing for the title in the future.

“However, beating Bobby Green shouldn’t get you a title shot. His win streak has consisted of everybody outside of the top 10 aside from Dan Hooker. So I do think he and Beneil Dariush need to fight. I think it’s a great match-up, their strong suits complement each other very well, they’re both grapplers. I think the UFC is the best promotion on the planet, they know what they’re doing, they know how to put together great fights. I think Islam needs to continue to cut his teeth inside the top of the lightweight division.”

After back to back losses against Oliveira and Justin Gaethje, Chandler will look to turn things around against Tony Ferguson in their highly-anticipated bout at UFC 274.

Do you agree with Michael Chandler?