Boasting a +15% ROI on the season, Mark O’Haire is looking to finish strong as we hit the home straight

The Bavarians boast a nine-point advantage over BVB as we enter the final four matchdays, and Julian Nagelsmann’s men will be keen to highlight their superiority here on Saturday.

In truth, the gap between the pair has been larger than the points differential suggests.

FC Hollywood have averaged around 1.90 Expected Goals (xG) more than their domestic opposition on a per-game basis, returning a dominant 73% xG ratio. In comparison, Dortmund are operating off a 57% xG ratio and a +0.48 xG differential per game.

Bayern still have plenty to prove, too, following their shock recent Champions League exit against Villarreal.

The champions-elect ran out routine 3-0 winners over Arminia Bielefeld last time out, but Nagelsmann’s charges will want to showcase their quality again against one of their Bundesliga pretenders, as they have done regularly this term.

A tenth on the bounce Bundesliga title is within reach for Bayern!

The Bavarians have posted an eye-catching W12-D2-L0 return when taking on top-half rivals, scoring three goals or more in 10 of those 14 fixtures.

FC Hollywood have plundered 16 goals across five match-ups with Dortmund, Leipzig and Leverkusen and should enhance that excellent record considering they arrive well-rested with a fully fit squad available.

In contrast, Dortmund have found the going tough when facing the league’s leading lights. Die Schwarzgelben have already been turned over in four of their five contests with top-four rivals and were savagely shredded by Leipzig and Leverkusen in recent home matches.

The guests have shipped 17 goals in five encounters with the top four.

However, BVB have more than enough ability to get on the scoresheet.

Erling Haaland is fit and available to lead the Dortmund line, and Rose’s outfit have failed to score just once in Bundesliga assignments this season.

Bayern have recorded only five clean sheets in 17 games across all competitions this calendar year, suggesting an away goal is on the cards.

The goal expectancy has been set at a massive 4.05, with Both Teams To Score trading around 1.45.

Yet Bayern to win and BTTS can be backed at 2.28 – it’s a wager that’s banked in each of the last five head-to-heads going back to the beginning of last season, as well as six of Dortmund’s seven league losses.

St Gallen might be sitting in mid-table obscurity, but Espen have been the form team in Switzerland’s Super League since the winter break.

Last weekend’s late loss against Luzern was the club’s first reverse since December (W7-D4-L1), with Peter Zeidler’s posse producing a series of enthralling attacking efforts during that 12-game sequence.

FCSG have powered their way into the top half of the 10-team standings, firing home 33 goals during the streak mentioned above. In 11 of those 12 tussles, Espen have scored at least twice, bagging three goals or more on six occasions.

In 2022 alone, St Gallen comfortably top the performance data charts, claiming a remarkable 64% share of the Expected Goals (xG) in their encounters, averaging a huge 0.99 xG more than their opponents on a per-game basis during that sample.

Espen are generating 2.27 xG on average and are attempting 11.00 shots from inside the penalty box. 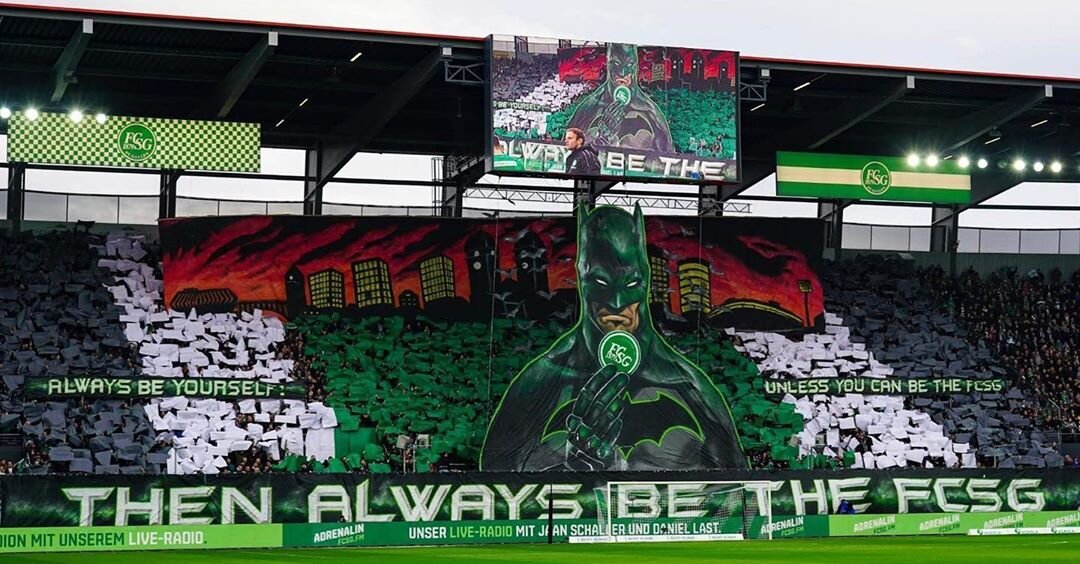 The Kybunpark is sure to be rocking once again this Sunday!

Showcasing FCSG’s fierce forward line is their ability to carve out Big Chances – a situation where a player should reasonably be expected to score. St Gallen have created 40 Big Chances in that 12-match streak – 10 more than the next best in the league and double the division’s average during that same sample. Mesmerising stuff.

I’m pretty happy to support St Gallen scoring Over 1.5 Goals at even-money against Lugano on Sunday.

The hosts have plundered 12 goals in four fixtures with top-four opponents FC Zurich, Basel, Young Boys and Lugano this calendar year, with Zeidler’s charges putting together a series of top-class offensive displays.

Meanwhile, Lugano have struggled to build upon their solid start to 2021/22 since the winter break. Mattia Croci-Torti’s men have been beaten in half of their 12 Super League contests and been measured xG inferior in seven of those showdowns.

The visitors arrive off the back of two very disappointing defeats against lowly opposition, conceding seven goals.

The post Mark O’Haire – Bayern To Wrap Things Up + A Goals Bet In Switzerland appeared first on Matchbook Insights.