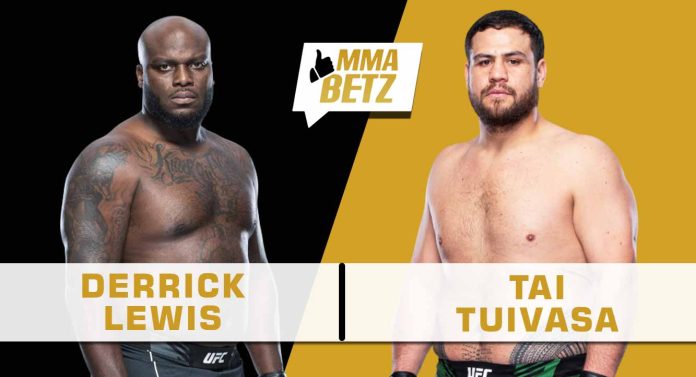 UFC 271 goes down this weekend at the Toyota Center in Houston, Texas. In the co-main event, top-five heavyweight Derrick Lewis takes on a high-risk, low-reward fight against number eleven ranked Tai Tuivasa.

Lewis is coming off a first round knockout victory against Chris Daukaus at UFC Vegas 45 and is 5-1 in his last six fights. Tuivasa is coming off a second round stoppage win against Augusto Sakai at UFC 269 and is currently riding a four-fight winning streak. The Australian has a huge opportunity to make a statement come fight night, but beating ‘The Black Beast’ in his backyard won’t be easy.

Both Lewis and Tuivasa are heavy hitters, with 33 knockouts between them. Lewis is a vicious puncher, but he’s very patient as well. He doesn’t throw a lot, but when he does, it’s often with mean intentions.

Lewis is also more battle-tested compared to Tuivasa, who is faster and more technical than the American and has more tools in his arsenal. Tuivasa does have a tendency to brawl, however, which could leave him vulnerable to Lewis’ counter shots.

Lewis doesn’t like to grapple and neither does Tuivasa, so we should expect an all-out standup fight, which is anyone’s to take. Lewis’ durability could play a major factor in this fight, and his straight punches and uppercuts can cause problems to Tuivasa when he throws looping shots.

Tuivasa certainly has the skills to win, but Lewis’ durability and his one-punch knockout power are going to be decisive on fight night.

Who do you think will win the UFC 271 co-main event between Derrick Lewis and Tai Tuivasa?