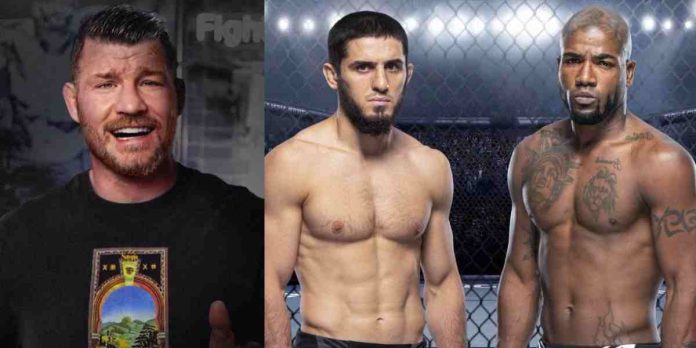 Makhachev was originally scheduled to face Beneil Dariush in a lightweight title eliminator at UFC Vegas 49, but the latter had to withdraw due to injury this week. Green, who scored a unanimous decision against Nasrat Haqparast last weekend at UFC 271, agreed to step in on short notice to face the Dagestani.

Green is a massive underdog heading into his fight against Makhachev and not many are giving him a chance. However, Bisping said that he won’t be surprised if ‘King’ pulls off the upset.

Michael Bisping On Makhachev vs Green

Speaking on his YouTube channel (as transcribed by BJPenn.com), Bisping explained why Green has a solid chance of beating Makhachev.

“For Bobby Green to step up, what an opportunity, and by the way, let’s be honest, Bobby can win this fight,” Bisping said. “On the feet, Bobby is way better, simple as that. Islam can strike, of course, he’s not a one-trick pony, he’s not just a wrestler, right? But he’s nowhere near as fast as Bobby Green. He’s nowhere near as slick. He hasn’t got the footwork either. Now, when it comes to wrestling and jiu-jitsu, I’ll give Islam the edge there.

“He’s better, he’s better in that regard but you gotta get him down. One thing we know about Bobby Green is the sprawl, he has a beautiful sprawl and really good takedowns, I doubt he will use it in this fight, it wouldn’t be smart to takedown Islam. Bobby needs to stay on the feet and put Islam on the back foot… Islam is great, we are all high on Islam, call me crazy, but I think there’s a good chance that Bobby Green might pull this off. There is also a very good chance Islam Makhachev takes him down and mauls him but it won’t be that simple.”

Who do you think will win the UFC Vegas 49 main event between Islam Makhachev and Bobby Green?