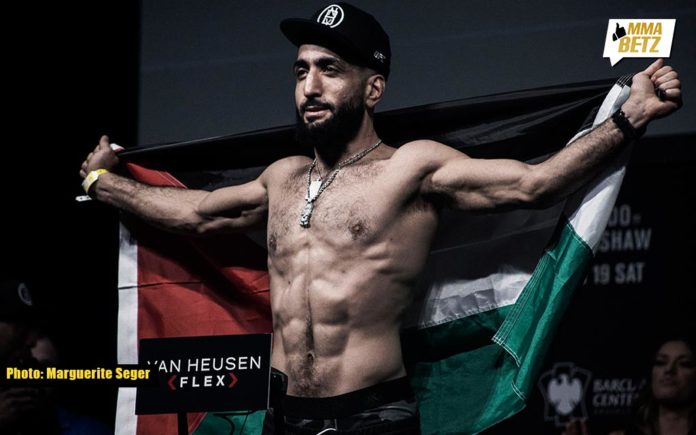 After his dominant win against Vicente Luque at UFC Vegas 51, Belal Muhammad has said that he wants to either fight Khamzat Chimaev or Colby Covington.

Muhammad completely controlled his bout against Luque at UFC Vegs 51 except for the third round in which he was repeatedly stumbled by Luque, who otherwise had a tough time dealing with his opponent’s wrestling and pressure. ‘Remember The Name’ frustrated the Brazilian with constant side-to-side movement, making it hard for him to land anything significant. He also utilised body kicks to score points from a distance and went for takedowns as soon as ‘The Silent Assassin’ closed the distance.

Belal Muhammad On Who He Wants Next

Having avenged his brutal first round knockout loss to Luque in 2016, Muhammad wants to fight Chimaev or Covington next, he told media during the UFC Vegas 51 post-fight press conference (as transcribed by MMA Junkie).

“I feel like there’s a lot of guys above me that don’t have fights,” Muhammad said. “I don’t even think Leon [Edwards] has a fight. They’re saying Usman, but I just don’t think Usman’s ready for that yet. So, if Leon’s gonna wait all the way until September, October, it just doesn’t make sense. I think that fight would make sense, but you know what, you guys are gonna post the headline, ‘He wants to fight Leon.’ And the fans are gonna be like, ‘He’s such a crybaby,’ poking the hive, blah, blah. So, I don’t even want to call him out because I don’t want to offend anybody.

“Like I said, the two best guys above me that are winning right now are Khamzat and Colby, and neither one of them have fights.”

Who do you think Belal Muhammad should fight next?