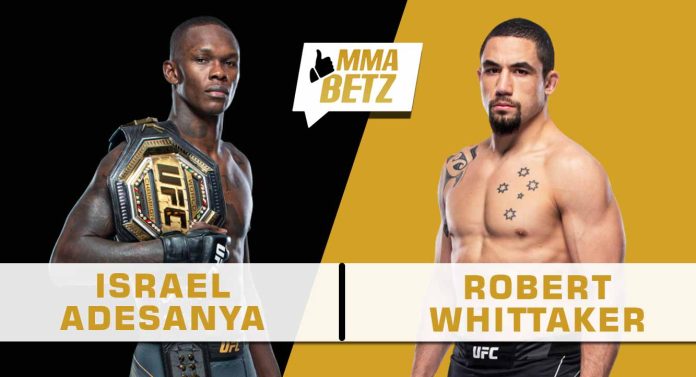 UFC 271 goes down this weekend at the Toyota Center in Houston, Texas. In the main event, middleweight champion Israel Adesanya defends his title in a rematch with Robert Whittaker.

Adesanya faced Whittaker for the first time at UFC 243, where he won in a dominant fashion, knocking out ‘The Reaper’ in the second round. Since then, both fighters have won three fights at middleweight. ‘The Last Stylebender’ successfully defended his title Yoel Romero, Paulo Costa, and Marvin Vettori, while Whittaker racked up wins against Darren Till, Jared Cannonier, and Kelvin Gastelum.

At UFC 271, all eyes will be on the main event as two of the best middleweights on the planet lock horns. Adesanya is without a doubt the best technical striker in the UFC, who combines his length, speed, distance management, and deceptive power to devastating effect. Whittaker is one of the best strikers in the promotion and is extremely well-rounded. He’s a volume striker, with highly technical kickboxing and wrestling ability.

Whittaker will have to be very smart if he wants to get his hand raised on the night. If he stays at distance, Adesanya will pick him apart with his kicking game and win on points. If Whittaker tries to chase Adesanya around, he will get knocked out again. Whittaker will have to mix things up, with his striking and wrestling. Even then, Adesanya will be a hard man to touch, because he’s exceptional at staying away from danger.

The former champ is certainly the better wrestler, and he will be looking to take the fight to the mat, but Adesanya has an excellent takedown defence. Jan Blachowicz had a lot of success against Adesanya with his takedowns in their light heavyweight fight at UFC 258, but the Pole had a significant size advantage. Moreover, Blachowicz landed his takedowns in championship rounds, when Adesanya was visibly fatigued after getting a taste of the legendary Polish power. Whittaker won’t have a size and power advantage against Adesanya.

Whittaker has surely made massive improvements since losing his middleweight title, but so has Adesanya, and their rematch will be a repeat of their first fight.

Who do you think will win the middleweight title fight between Israel Adesanya and Robert Whittaker at UFC 271?