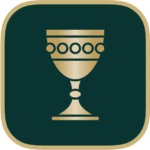 No. 25 Iowa (20-8, 10-7 Big Ten) is a 10-point home favorite over Northwestern in a Big Ten game at 8 pm ET Monday on the Big Ten Network. Iowa is 6-1 straight up and 4-3 ATS since coach Fran McCaffery changed his starting lineup following a double-overtime loss at Penn State.

Odds from FanDuel Sportsbook on Feb. 27.

Keegan Murray is making a strong late-season push to follow former Hawkeye teammate Luka Garza as the Wooden Award winner as Iowa attempts to prove itself as one of the BIg Ten’s best and make a case for a higher seed in the NCAA Tournament.

A 6’8 sophomore who is projected as a lottery pick in the 2022 NBA draft, Murray leads the Hawks in scoring (23.2) and rebounding (8.2,) and he has taken it to another level down the stretch.

He averaged 28.6 points and six rebounds while shooting 62.2 percent from the floor in a five-game stretch that included wins at Ohio State and home Michigan State. Murray had a 15/11 double-double the last time out in an 880-78 victory at Nebraska, a game in which the Hawks did not his scoring as much.

As a team, Iowa is just inside the top-25 favorites in the odds to win March Madness.  They earned a #4 seed in this week’s March Madness bracket projection. Northwestern was not among the 68-team field nor the next 15 bubble teams.

The Hawkeyes have won six of seven games since coach Fran McCaffery made a change to his starting backcourt, inserting Tony Perkins to replace Joe Toussaint.

Iowa is the first team in Big Ten history to have one player make 10 3s (Jordan Bohannon) and another player score 30 points (Keegan Murray) in a single game.

Murray, Patrick McCaffery and Filip Rebraca give the Hawkees the size to rebound, with 6’4 Perkins moving into the backcourt and sixth-year senior Jordan Bohannon taking over as the primary playmaker. Bohannon also provides perimeter offense. His 431 career 3-pointers are a Division I record, and the Hawks are 8-2 when he makes at least three 3s in a game.

Perkins, who had 20 points against Nebraska, can be replaced by Keegan’s twin brother Kris, when the Hawkeyes go big. Kris Murray (10.1, 4.6) has scored in double figures in four of the last six games. Toussaint is used more sparingly.

The Wildcats hit a high point with consecutive wins over Rutgers, Nebraska and Indiana in early February, but they have been unable to duplicate that stretch before or after.

The Wildcats are 5-12 straight up since Jan. 1 and have beaten only two teams with winning records, Michigan State and Rutgers. They are coming off a 67-60 loss at Penn State in which they shot 36.7. They are shooting only 42.9 percent from the field.

Pete Nance has an incredibly advanced post fadeaway jump shot. On top of that, he’s a 44% shooter from 3 at 6’10. He’s inching towards the best shooter in the class discussions pic.twitter.com/RmyGOPatfS

Pete Nance leads the Wildcats in scoring (15.0) and rebounding (6.3) and guard Boo Buie is averaging 14.2 points and 4.5 assists. Buie plated only nine minutes against Penn State because of foul trouble.

The Hawkeyes are 7-0 straight up and 6-1 ATS in the last seven at Carver-Hawkeye Arena, covering spreads of at least 11 in five of the last six at home. Three of the last four at Iowa have gone over the total.

Iowa has been one of the best “over” plays of the season. The Hawkeyes are 19-8-1 over the total this season, a percentage that is second in Division behind Bowling Green (21-6). They are 10-7 ATS at home.

Iowa’s new starting group has given the Hawkeyes a boost, and the Hawkeyes still are playing for one of the four double-byes in the Big Ten tournament that begins March 9. Iowa  is fifth in Division at 83.8 points per game, so it has to firepower to take this win past the number. Take the Hawkeyes.