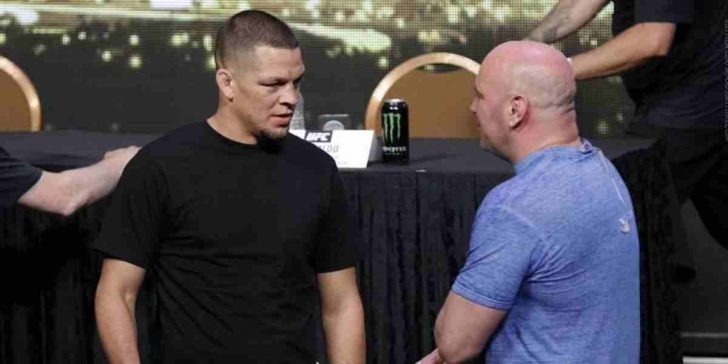 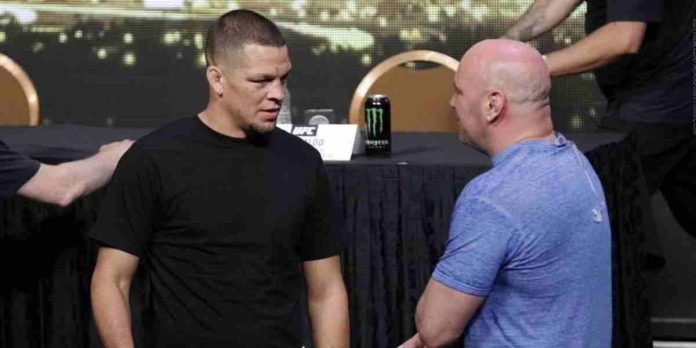 Diaz’s main event against Chimaev this weekend at UFC 279 will be the final fight on his UFC contract, and he isn’t willing to sign a new deal as he’s eyeing challenges outside of the Octagon. The Stockton native understands however that the promotion is trying to turn the Chechen-Swede into a superstar at his expense, and although he doesn’t mind that, he does mind Dana acting as he called for the fight.

In a recent interview with ESPN (as transcribed by MMA Fighting), Diaz rejected Dana’s claim he called for the Chimaev fight, although he said that he doesn’t care because he’ll fight anybody.

“What they’ve got me doing right now is they’re acting like I called for this fight, which I didn’t call for, and I don’t want, and didn’t want, and still don’t want,” Diaz said. “But I don’t give a f***, I’ll fight anybody. But the pressure’s on him — he better finish me, because he’s the next killer in town.

Interestingly, Diaz’s agent told ESPN that he called for a fight against Chimaev when the bout was officially announced in July.

Will Nate Diaz pull off the upset against Khamzat Chimaev at UFC 279?