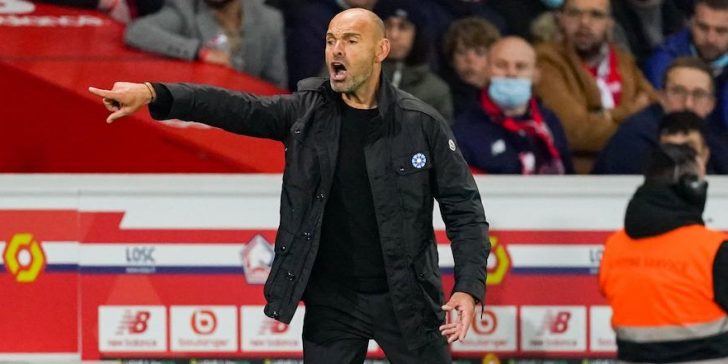 Safe to say that football betting analyst Mark O’Haire is on a hot streak right now, with his record standing at 8-1-1 for Matchbook Insights.

Ligue 1 remains, comfortably, the highest-scoring major league in Europe at this embryonic stage of the season.

France’s top-flight is averaging 3.30 goals, with a chunky 62% of fixtures featuring Over 2.5 Goals and a massive 70% seeing both sides score.

Even if we exclude PSG’s eye-catching exploits at the top, those figures remain beefy.

Two of the division’s chief protagonists for goals output – Angers and Montpellier – now cross swords on Sunday, and it’s difficult not to be seduced by the 1.83 offering on Over 2.5 Goals at the Raymond Kopa Stadium.

In raw numbers terms, it’s a wager that’s won in 10 of the duos collective 12 league contests with Over 3.5 Goals even landing on nine occasions.

Remarkably, the pair have posted Over 4.5 Goals in five of those 12 fixtures and also banked for BTTS backers in eight matches.

The two teams have combined to score in 10/12 tussles, recording just three clean sheets, with an average goals-per-game figure coming in at 4.25.

It’s pretty compelling, even if the underlying metrics aren’t quite as strong.

We know Angers endured a tumultuous off-season with a failed takeover bid that’s left the squad short on quality in key areas.

Le SCO have been wretched at best as a defensive force – shipping 17 goals – yet head coach Gerald Baticle has seen his side provide enough final-third threat to suggest they can cause Montpellier problems of their own this weekend.

Angers head coach Gerald Baticle has built an attacking threat that could cause Montpellier problems on Sunday.

Montpellier have been an almost mainstay in our Insights columns for quite some time now and La Paillade continue to churn out eye-catching encounters.

Forward-thinking MHSC have impressed this term with Wahi and left-sided Faitout Maouassa earning rave reviews, whilst Wahbi Khazri has made an instant impact since arriving from St Etienne.

Montpellier can now welcome key suspended playmaker Teji Savanier back from the squad, and so arrive at Angers stacked with potential firepower.

La Paillade’s top-heavy team have struck twice or more in four of their first six Ligue 1 dates, although defence continues to concern, particularly on their travels under Dall’Oglio’s stewardship; the visitors have silenced only five of their 21 hosts since the start of last season.

But even more encouragingly, those matches averaged a bulbous 3.38 goals.

The 1.83 available for Over 2.5 Goals implies just a 53% chance of success – I’m happy to suggest the market is currently undervaluing the likelihood of another goal-filled game.

Six games into the season and Lens are sitting on the coattails of PSG and Marseille at the top end of the Ligue 1 table.

Les Sang et Or are unbeaten (W4-D2-L0) and have already thrashed (4-2) Monaco and eased past the usually free-flowing Rennes (2-1); Franck Haise’s outfit continue to defy the critics and will be well-backed on Friday night against Troyes.

The northern club were expected to regress this season following the sales of three of their four best players.

To many observers surprise, talisman Seko Fofana stayed with Les Sang et Or and recruitment has so far been a huge success.

Holding midfielder Salis Abdul Samed arrived from Clermont and has given Fofana freedom to roam, pacy Lois Openda provides cutting edge in attack from Vitesse Arnhem and Haise’s has revamped his wing-backs.

Przemysław Frankowski and Deiver Machado have slotted in superbly to Lens’ key positions on the flanks and the duos energy and intensity has been infectious.

Lens have been a neutrals delight thus far, and now returning to their boisterous Stade Bollaert-Delelis base, another all-action and entertaining encounter is forecast for Friday night.

Lens have already been involved in a 3-2, a 4-1, a 2-1 and a 5-2, scoring multiple goals in four of six Ligue 1 outings this season. The hosts boast a tremendous 48% win-rate on home soil since returning to the top-flight with 59% of those overall games featuring three goals or more and 41% producing Over 3.5 Goals profit. Both Teams To Score clicked in 61%.

Lens are currently challenging for the title with PSG and Marseille.

Those notable numbers are testament to Lens’ effervescent approach, and Troyes should be well capable of playing their part.

The guests have recovered from a rotten start (W0-D0-L3) to earn seven points from their last three fixtures, beating Monaco away (4-2) and holding Rennes (1-1) last time out, providing plenty of punch on each occasion.

ESTAC have seven goals in trips to Monaco, Montpellier and Lyon this term, fired a solitary blank, but are yet to keep their sheets clean in 2022/23.

Five of Bruno Irles’s boys opening encounters have broken the Over 2.5 Goals barrier, with four surpassing the Over 3.5 Goals line, with an average of 4.17 goals per-game overall.

Narrow down to Troyes away days since the start of last season and goals are again a theme.

The visitors have notched in 17 of 22 road trips, earned only three clean sheets and seen 64% of match-ups pay for BTTS hunters; those encounters produced 3.09 goals-per-game, enough evidence to suggest Over 2.5/3 Goals could be a worthy wager at 1.8.

The post Mark O’Haire: More Ligue 1 Goals To Add To My 8-1-1 Record This Season appeared first on Matchbook Insights.