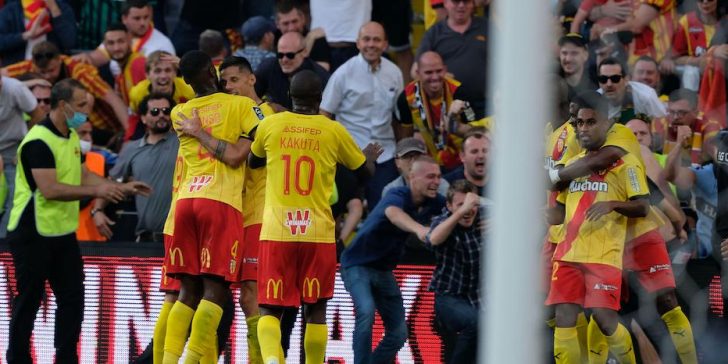 Football betting analyst Mark O’Haire returns to share his favourite fancies from the weekend’s European action with a pair of plays from Ligue 1 highlighted.

MArk’s record this season is nine winners, one push and two losses from 12 picks…

Lens head coach Franck Haise was installed as the new odds-on favourite for the vacant managerial role at Brighton in midweek but the highly-rated French boss remains in situ ahead of Sunday’s trip to Nantes. Having guided Les Sang et Or to Ligue 1 promotion, followed by back-to-back seventh-placed finishes, his stock is understandably high.

Seven games into the new season and Lens are surprisingly sitting on the coattails of pacesetters PSG and Marseille at the top end of the table.

The Pas-de-Calais club are unbeaten (W5-D2-L0) and have already thrashed (4-2) Monaco and eased past the usually free-flowing Rennes (2-1), whilst racking up 16 goals in their opening encounters.

Lens current sit third in the Ligue 1 table, with only PSG and Marseille ahead of them after seven games.

RCL continue to defy the critics and look great value 1.72 shots in the Draw No Bet market for their weekend trip to Nantes. The northern outfit are one of Europe’s most astutely run clubs, masters in succession planning, with Haise’s proclivity for maximising available talent in a carefree, effervescent style and system standing out to Ligue 1 neutrals.

Only PSG (2.86) have generated a higher Expected Goals (xG) average after seven Ligue 1 matchdays than Lens (1.99) with the visitors also boasting an excellent +0.81 xG per-game supremacy.

Les Sang et Or have fired in the fourth-most shots from inside the penalty area and their potency in front of goal should stand the guests in good stead on Sunday.

Competing in Europe for the first time in around two decades, the eight-time French champions are keen to impress on the continent yet bound to be fatigued following their long journey home.

What’s more, Les Canaris have tabled a solitary success in seven Ligue 1 encounters (W1-D3-L3) this term, picked up a sole shutout along the way, are winless (W0-D1-L3) when facing current top-half teams, and are posting a negative xG process.

Paris Saint-Germain were far from flawless when dispatching Maccabi Haifa 3-1 in the Champions League in midweek but Christophe Galtier’s group were able to collect top honours without really stretching themselves in Israel. It means Les Parisiens return to domestic matters on Sunday, having posted W9-D1-L0 across all competitions this term.

With a full squad to select from, the capital club will be at full strength for the eagerly-anticipated trip to Lyon and it’s difficult to dismiss Les Rouge-et-Bleu at attractive odds.

Backing PSG to win and Over 1.5 Goals gives us a bulbous 1.80 shot – a selection that effectively pays-out should the visitors succeed by any scoreline that’s not 1-0.

PSG made hard work of their midweek Champions League tie away to Maccabi Haifa.

As expected, PSG are already comfortably clear in the Expected Points (xP) rankings, have generated a huge 2.86 Expected Goals (xG) per-game output and average a massive 13.57 shots from inside the box in Ligue 1 under Galtier.

Should Les Parisiens come close to matching those standards at the Groupama Stadium, an away success is on the cards.

Without continental commitments, Lyon will be well-rested and prepared for Sunday’s fixture. However, I’ve trust issues with Les Gones under Peter Bocz’s tutorship; OL have impressed when facing bottom-half opposition in 2022/23 (W4-D1-L0), yet the former French giants have suffered when meeting Lorient (1-3) and Monaco (1-2).

Lyon have kept a sole clean sheet across their first seven matches despite a relatively soft schedule.

Having been turned over by PSG in three of their last four meetings on home soil (W0-D1-L3), it’s difficult to envisage Les Gones closing that gap in time for Sunday.