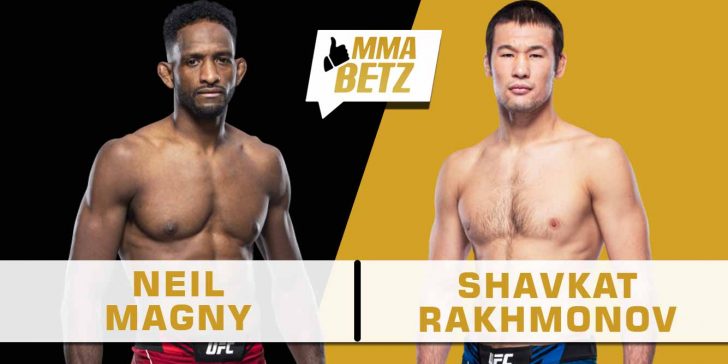 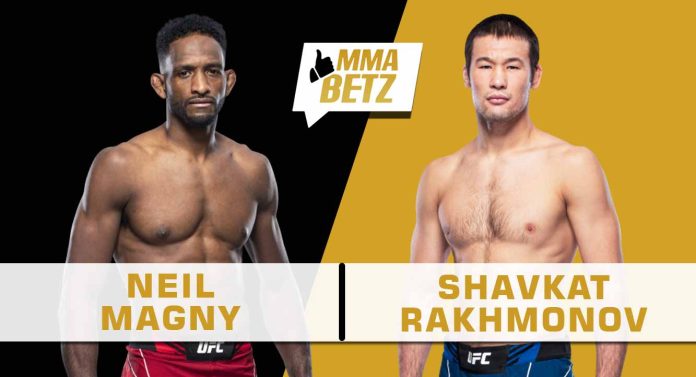 UFC Vegas 57 goes down this weekend at the UFC APEX in Las Vegas. In the co-main event, Neil Magny steps up to take one of the most promising prospects in Shavkat Rakhmonov.

Magny is currently riding a two fight winning streak, with his most recent win coming against Max Griffin by split decision at UFC Columbus, whereas Shavkat Rakhmonov is 3-0 in the UFC and has finished every opponent he has faced in his MMA career.

Magny has fought the who’s who of the welterweight division and never turns down a challenge. He’s great all around, with great striking and decent wrestling, but he’s up against a scary opponent, who does everything better. Rakhmonov is a fantastic striker, who has a variety of attacks in his arsenal. He’s very technical and unpredictable on the feet and has excellent wrestling and jiu jitsu.

Not only does ‘The Haitian Sensation’ need to be careful of the takedowns, but he also needs to be watchful on the feet, because Rakhmonov will put a lot of pressure on him. Magny has to rely heavily on his in and out movement and length to counter attack. Both fighters are very patient and composed, so we should expect a technical battle.

Rakhmonov has the edge in grappling, although both land almost the same amount of takedowns (two) per 15 minutes. ‘Nomad’ has an excellent takedown defence, however, and is very aggressive on the mat as he’s always looking for submissions.

Magny is a tough test for Rakhmonov, but it’s one that he’ll pass with flying colours.

Who do you think will win the welterweight co-main event between Neil Magny and Shavkat Rakhmonov at UFC Vegas 57?