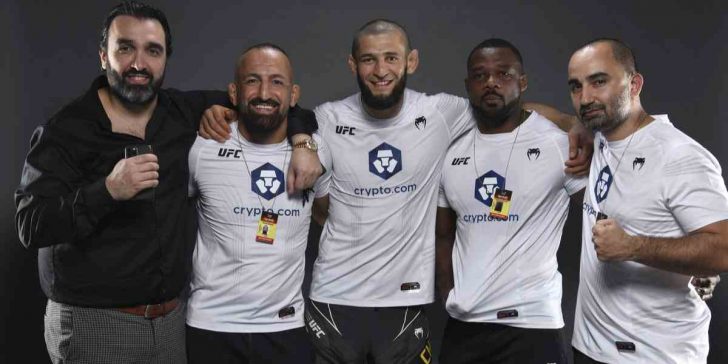 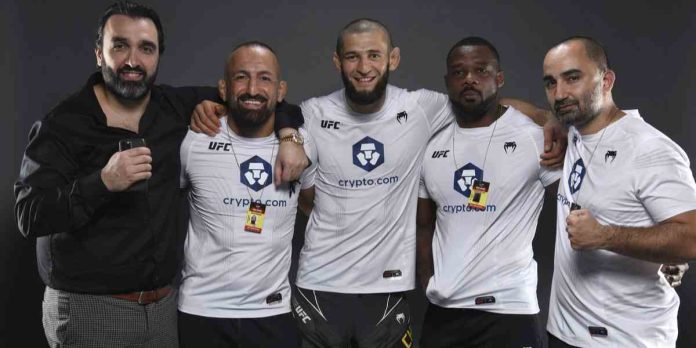 After Darren Till, Reza Madadi has also responded to Khabib Nurmagomedov’s comments that Khamzat Chimaev should have more Muslims around him.

Chimaev ruined what would have been his first UFC main event by missing weight for his fight against Nate Diaz and getting demoted to the co-main event against Kevin Holland at UFC 279. ‘Borz’ showed little to no remorse for having missed the welterweight limit by 7.5 pounds, and he was heavily criticised for his unprofessional attitude by many, including Khabib, who said that he needed Muslims by his side to guide him.

Khabib’s opinion wasn’t received well by Till, and in an Instagram post, Madadi also disagreed with the Dagestani by saying that it is more important to have a caring team rather than one with the same religious background.

“Dear Khabib Nurmagomedov, my Muslim brother,” Madadi said. “Firstly, I would like to say I have a huge respect for you as an athlete and for all your achievements in our beloved sport of MMA. I am also very proud of how you represent our religion, belief and God in all your interviews and appearances. But, I would like to give my point on your opinion on Khamzat Chimaev not having a Muslim team around him and that was supposed to be the reason of him missing the weight. I have to disagree with you on this part. Not only have Khamzat had Muslim friends and teammates such as me around him from day 1, but also from many other religions and backgrounds. They have been people that have been with him from the start, giving him love, sharing blood, sweat and joy and done everything to bring him to where he is now.

“Being a Muslim doesn’t mean we are perfect and flawless, trust me, I have done many mistakes in my life as many people know. With all due respect, so have you. So mentioning having Muslim team will make you perfect, I have to disagree, having a team that cares about you. in good times and bad times, no matter what belief or religion they have is far more important. And that is something Khamzat has. There are several issues that made Khamzat miss the weight but those reasons stay in the team. But he is still young and he will learn from his mistakes. If a big champion like you did learn from your mistake when you missed weight, I have no doubt that our brother Khamzat will do as well.”

Do you agree with Reza Madadi?