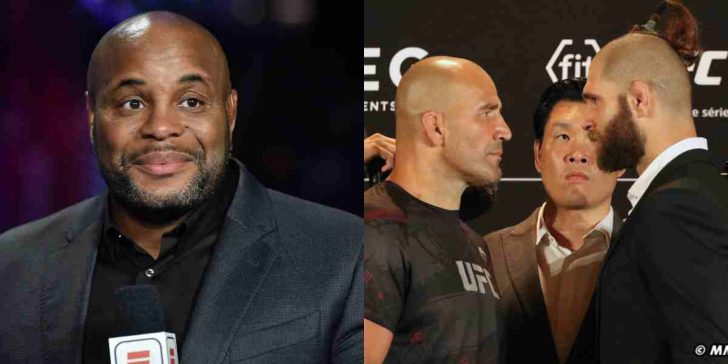 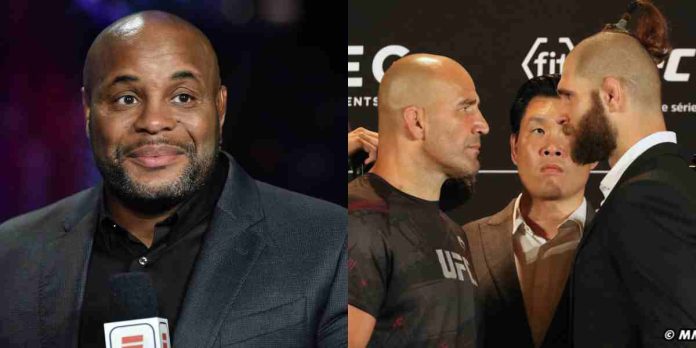 Daniel Cormier believes UFC light heavyweight champion Glover Teixeira is being overlooked ahead of his first title defence against Jiri Prochazka at UFC 275.

Teixeira fulfilled his lifelong dream of becoming a UFC champion at 42 years old by submitting Jan Blachowicz in the second round at UFC 270, and will face one of the most fearsome fighters in the promotion in Prochazka this weekend at the Singapore Indoor Stadium at UFC 275.

The Czech is the betting favourite, with online polls suggesting that the majority of fans are backing him to become the light heavyweight king this weekend. Cormier believes Teixeira is a very dangerous fight for Prochazka however, particularly because of his grappling threat, he said while speaking on his DC and RC show on ESPN (as transcribed by BJPenn.com).

“The one thing you don’t want is Glover Teixeira on top of you, dry, because he’s super heavy. If you look at Glover, his bottom half is huge. He’s got big old legs, he’s got a big old ass, and he gets on top of you and he rides you. He works you over on the ground, you cannot let Glover take you down early.”

Who do you think will win the UFC light heavyweight title fight between champion Glover Teixeira and Jiri Prochazka?