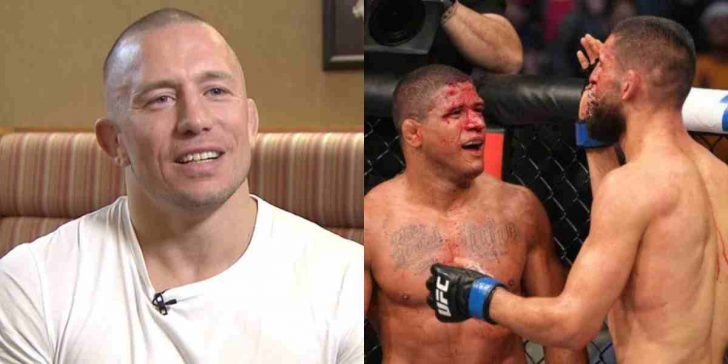 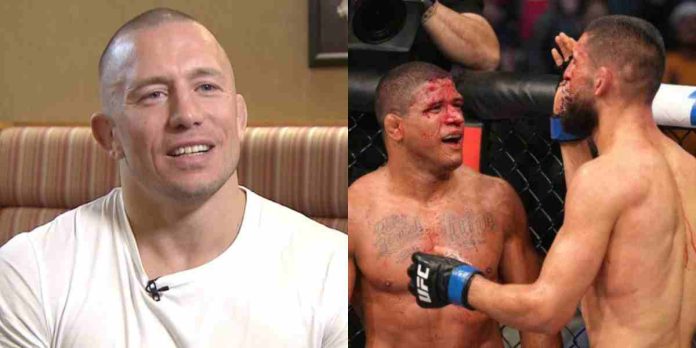 Georges St-Pierre believes Khamzat Chimaev could have done a lot better if he was a bit more strategic against Gilbert Burns in their firefight at UFC 273.

Chimaev passed the toughest test of his career by beating Burns in a closely contested bout by unanimous decision at UFC 273, where he was cut, dropped, and stretched to the limit across a gruelling 15 minutes. The Chechen-Swede had never been threatened across ten pro fights and had only one blow touch him in four UFC fights before his scrap against the Brazilian, in which he absorbed a total of 141 strikes, including 119 significant strikes.

After the fight, Chimaev admitted that Burns was a lot tougher than he expected and he has nothing but respect for ‘Durinho’.

In an interview with MMA News (as transcribed by BJPenn.com), St-Pierre said that Chimaev could have made things easier for himself if he fought smart against Burns.

“It’s not good to get hit in the head. I like to watch him fight but I don’t think he fought the smartest fight. I think he could have made it easier for himself. He’s just used to going through everybody like this but you can’t fight like this at the elite level. You need to prepare, to gameplan and become the perfect nemesis for your opponent. You can’t always go in there and try to trade blows with someone like this.”

Do you agree with Georges St-Pierre?