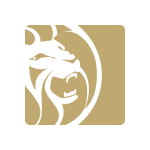 It will be an absolute battle on the mound here in the rubber match. Veteran Adam Wainwright gets the ball for the Cards, while Philly sends ace Zack Wheeler to the hill.

Odds as of July 2nd at Caesars Sportsbook.

The Phils are a -135 favorite for Sunday’s matchup with Wheeler taking the bump. In the last five meetings between these two teams, St. Louis has the slight edge with a 3-2 record.

Wainwright will face the Phillies for the first time this season as he continues to dominate, despite being 40 years old now. The big righty is 6-5 in 15 starts, compiling an impressive 3.07 ERA. He’s allowed just 26 walks while striking out 76 in 91 innings of work. Although Wainwright did get hit at times in June, his most recent outing was promising.

Wainwright took on the Marlins, holding them scoreless across seven frames, scattering just seven hits in the process. In 17 appearances against the Phillies dating back to 2005, Wainwright owns a solid 3.00 ERA.

Wheeler is in the midst of a fantastic campaign. He’s ninth in the National League with a 2.89 ERA and even sits at +1000 in NL Cy Young odds. The hard-throwing right-hander has truly been electrifying, overpowering hitters with his high 90s heater and filthy off-speed stuff, striking out 94 in only 81 innings. He’s also walked a mere 19 hitters.

Wheeler did give up more runs than usual in his last start vs Atlanta though, tossing 6.1 innings and allowing three earned runs. They also slugged two homers off him. Wheeler actually struggles against the Cardinals too, posting a 4.24 ERA in four career outings.

The Cardinals are just 20-20 away from home this season and they’re in the midst of a tough road trip. After finishing up this Phillies series, St. Louis heads to Atlanta for a four-game set at Sun Truist Park. The Cards did manage to pull one out on Saturday however thanks to an absolute power frenzy.

The Cardinals just hit FOUR home runs in a row 🔥🔥🔥🔥

St. Louis went deep four times in a row in the first inning, with Nolan Arenado getting things started with a long homer, followed by Nolan Gorman, Juan Yepez, and Dylan Carson. It was only the 11th time that’s been done in Major League history. Arenado also put his team ahead for good in the 7-6 win with his second bomb of the night in the top of the ninth.

Can Phils Give Wheeler Run Support?

Wheeler almost always puts his best foot forward. Although he did allow some runs in his previous two starts, the Phillies have to give him offensive support. They put up just three runs against Atlanta last time and prior to that, scored just twice as he surrendered only two earned.

On a more positive note, Philadelphia is still scoring runs at a premium as a whole. They’re third in the bigs with 4.8 per game while slugging 101 home runs as a team. Losing Bryce Harper is a huge blow, but others are stepping up. Nick Castellanos had two hits on Saturday, while Odubel Herrera went 3 for 5.